On Oct 30th, 2017, the Canadian Association of Industry and Commerce has held the first-ever Certificate Awarding Ceremony and has welcomed the China Construction Bank Toronto Branch Ms Nianbei Sun, City Councillor Mrs Sandra Racco, Mr Richard Zhou and Mr Justin Poy become one of the members in the Association. Follow by that, the Association held another Certificate Awarding Ceremony on Nov 17th, 2017 at the headquarter of the association.

In the event, the chairman of the Association Mr Junguo Gao states that: “Currently, China has become the world’s second-largest economy and the relationship between both countries is in its honeymoon phase, so we shall seize the opportunity, actively strengthen bilateral cooperation in the economic, trade, culture and all other fields, which is of great significance. That’s why we established CAIC to render our best, to actively promote the Canadian government’s and business communities’ participation in China’s various construction projects, to share the dividends of China’s reform and its opening up and modernization. At the same time, we actively promote China enterprises investment and construction in Canada, to promote the development of Canadian enterprises, the Canadian economy, and the friendship between Canada and China.”

The Canadian Association of Industry and Commerce, founded in 2017, is a non-profit organization registered with the Canadian Federal Government. We are engaged in financial investment, real estate, urban construction, agriculture and food industry, film and television culture, high and new technology, energy conservation, environmental protection, industrial manufacturing, e-commerce and logistics, education and other fields. We aim to promote Canadian enterprises’ communication and exchange with the All-China Federation of Industry and Commerce (ACFIC) and its affiliated members in different provinces and cities of China, and we’ve organized and hosted visits, meetings, investigation and other related activities between entrepreneurs of Canada and China, with the aim to set up a platform for the exchange of industrial and commercial information, trade and project promotion, and therefore, to promote contact and cooperation between entrepreneurs of both countries. 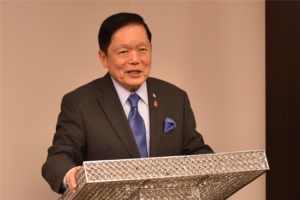 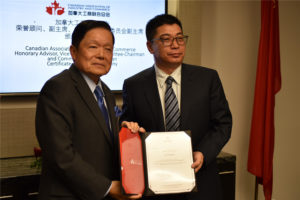 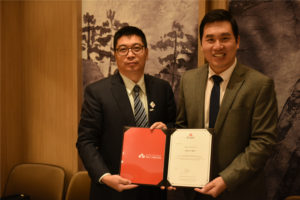 Mr Gao also mentioned what the Association is working on, he states that: “At present, CAIC is planning on three important tasks,  the first is the initiation of the Beijing Film Academy project(Canadian Branch), the second is to organize a high-level Candian business delegation to visit China in March next year, and the last but not least, is to organize the first ‘Canadian-China Belt and Road Industry and Commerce Peak Forum’ in the first half of next year. By then, we will cooperate with ACFIC, to invite a delegation of domestic entrepreneurs to attend the event.” 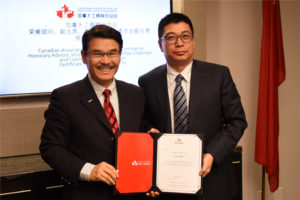 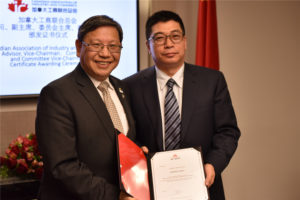 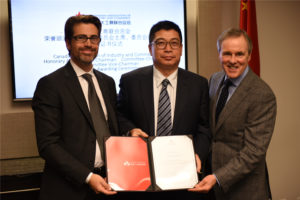 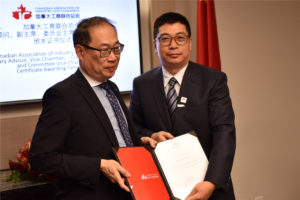 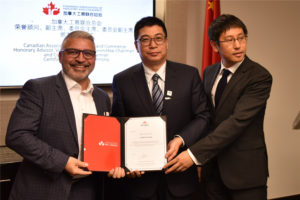 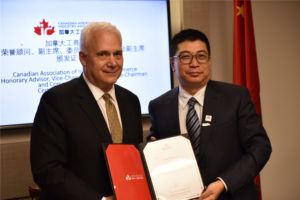 At the end of the Ceremony, Mr Gao states that: “On behalf of CAIC, I’d like to welcome all of you to join us, bring us better advice and support, jointly promote the development of CAIC, and achieve the goals of CAIC.”

Any individual, unit and media cannot be posted, transmitted and reported in any form whatsoever. The Association has the right to let whoever violate this rule apology, and retain the investigation of legal responsibility. 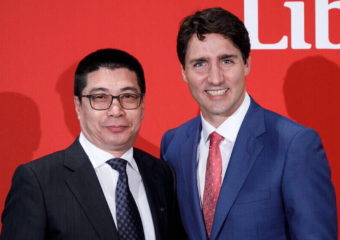 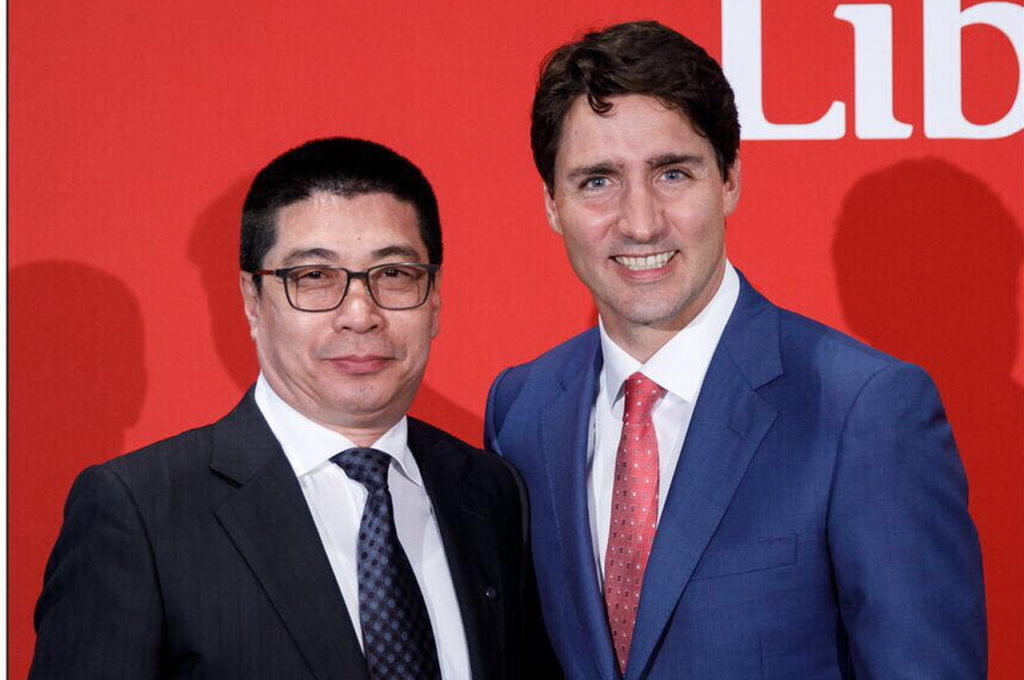 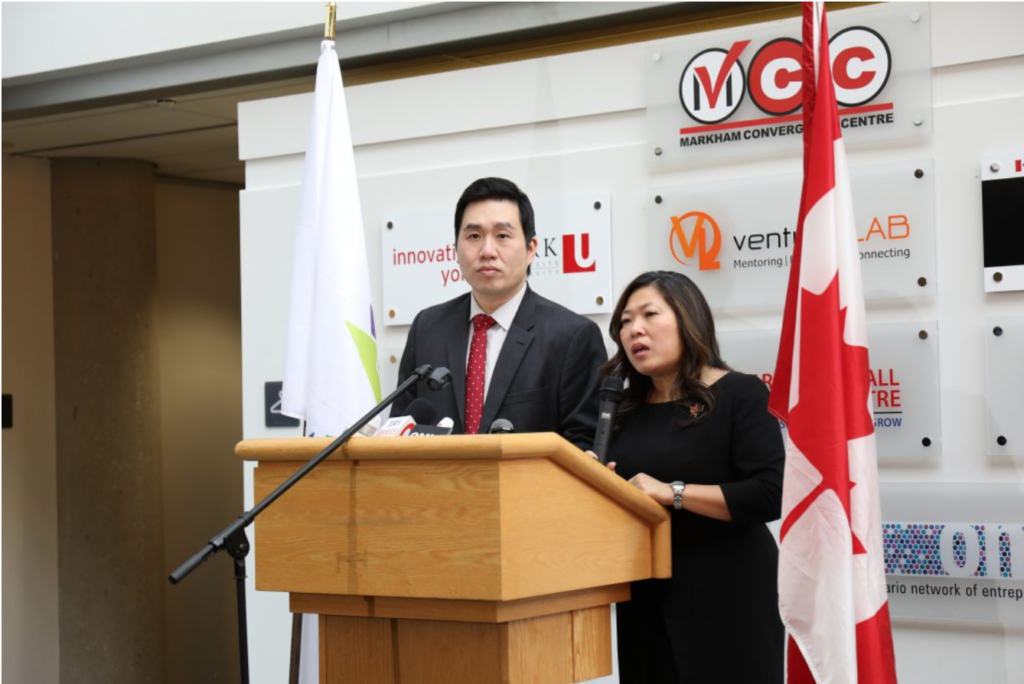 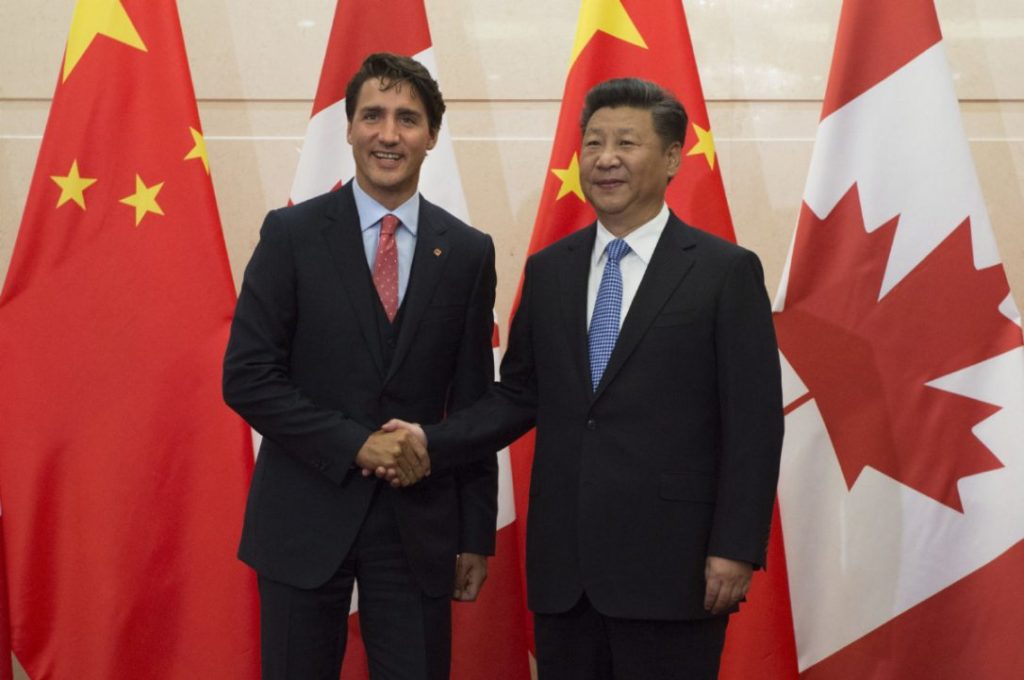